Back to Our Artists 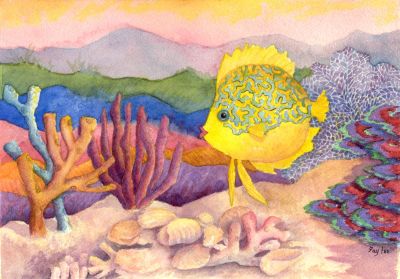 Fay Lee is from South Alabama, lived in Montgomery and other places for many years, and has recently moved to New Hampshire.  Fay was born and grew up in South Alabama and always had a talent for drawing.  As a young child, she never drew "stick figures" and was always asked by her fellow students and friends to draw things for them.  She made posters for classes and organizations in which she participated and worked on the high school year book, not knowing that what she was doing was layout and design.  She always sketched for her own enjoyment and for her children, and occasionally someone would ask her if they could have what she was sketching.

She took painting classes in New York from Joe McDowell of Nyack, N.Y., and when she returned to Montgomery in 1977, she was referred to the teacher of friends.  She took classes and workshops from local instructors (Donnave Lindsey, Connie Lewis, Clark Walker, Virginia Kelley, Sharon Yavis, Shirley Baird, and Marguerite Edwards), Ann Calagaz of Mobile, Deborah Gibson of Alexander City, Joe Robinson of Destin, Florida, and Jim Lewis of Olympia, Washington.  She now paints with several other artists throughout the year in New Hampshire.

She has been in juried shows with Newburyport Art Association (MA), York Art Association (ME), Regions Bank/Montgomery Art Guild (AL), Museum of Fine Arts/Montgomery Art Guild, Society of Arts & Crafts, Selma Art Guild and Elmore County Art Guild, as well as Experimental Artists of Alabama juried shows at Samford University in Birmingham.  In 1999, she was in group shows with the WAOAPOA Art Group at Alabama State University in Montgomery, Central Alabama Community College in Alexander City, Lurleen B. Wallace Community College in Andalusia, and High Cotton in Alexander City.  In 2001, this group was featured in a show at the Coliseum Boulevard Branch of the Montgomery (AL) Public Library System.

In October of 1993, she had a painting in an invitational show entitled "Alabama Landscapes" at the Wiregrass Museum in Dothan, which then went on tour around Alabama through May of 1994.

Fay has been painting in oil and acrylic since 1978 and started painting in watercolor in 1987.  She, also, works in pastels, collage, pen and ink, and mixed media.

She has won many awards at various art shows, including "Best of Show” twice, and has paintings in collections throughout the United States and in several other countries, including Germany, France, England, Hungary, Luxembourg and Japan.

She is married to Bob Lee and they have two children, Mike and Christine.  You can check out her web site and see more of her work at www.artbyfay.com . 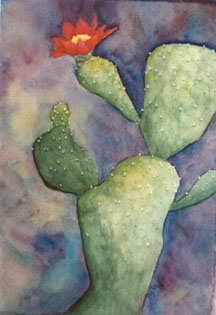 If you are interested in more information or making a purchase from this site, please sign the Guestbook, with your comments and Email address, and you will be contacted.

*NOTE:
*Quality of color may vary between original work and computer image.
*Size is approximate.
*Paintings are unmatted and unframed
*Original Paintings unless otherwise noted
*(Price upon request)