With only several days notice to integrate fillers and a few weeks for training,
the 2nd Brigade 78th Division (TS), a unit organized and equipped to provide

training support for the National Guard, deployed from Fort Drum, NY, to Iraq
in March of 2005.  After an initial period of integration into country, the unit
assumed its mission of advising the Iraqi Public Order units, a national police
force that focuses on counterinsurgency.  Nine man teams moved out across
the greater Baghdad area and embedded with their units to provide advice on
tactical operations and logistical issues.  At the end of March 2006, these men

returned after a successful and challenging year in Iraq.
Photos at the McGrath Gym FT Drum, NY, prior to arrival of the 2 Brigade, 78th Division. 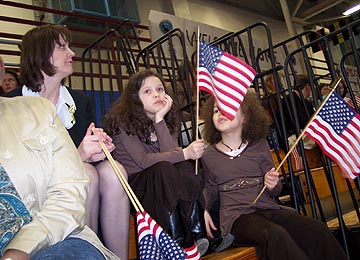 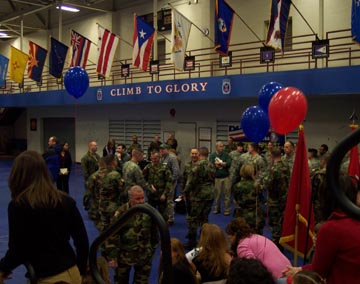 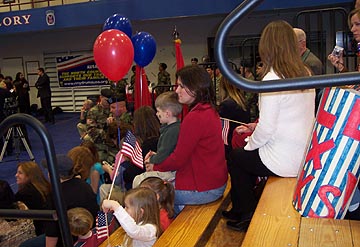 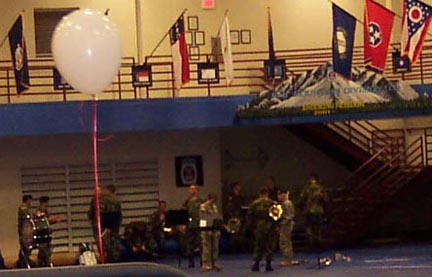 The families are interviewed by Nicholas Zimmerman
with the Watertown Daily Times newspaper. 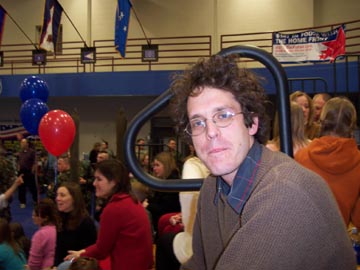 Someone is waiting for Uncle Tex! 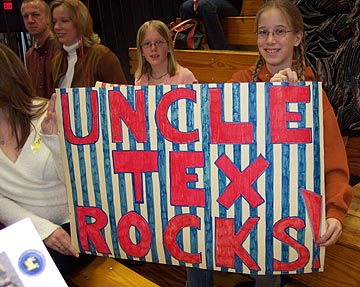 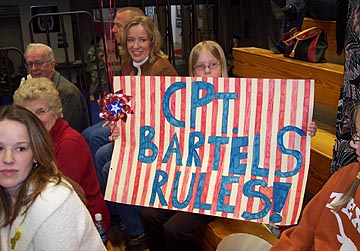 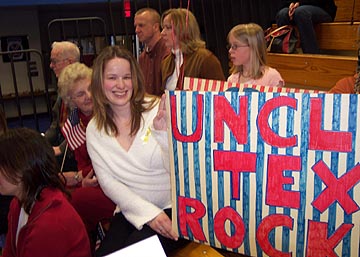 The troops make their entrance! 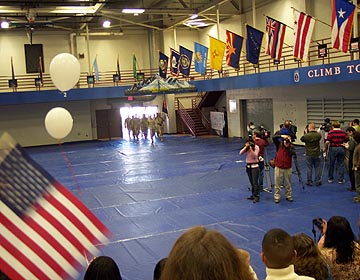 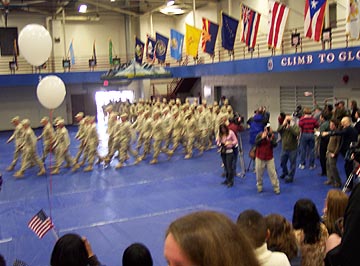 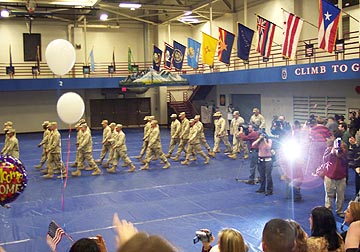 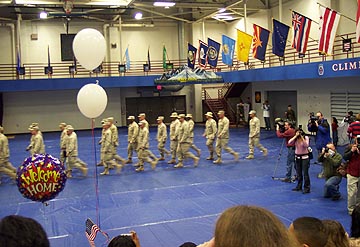 The troops in formation as a welcome home speech is made. 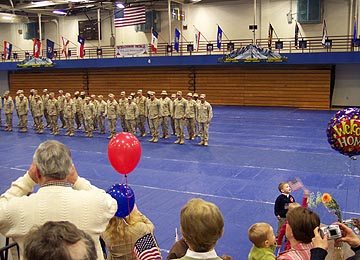 Mike's parents greet him after the Welcome Home ceremonies. 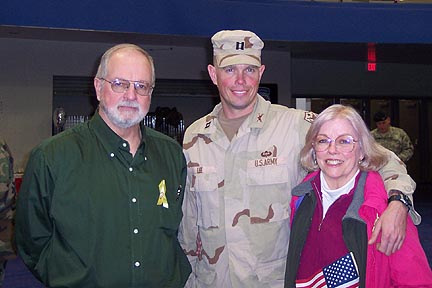 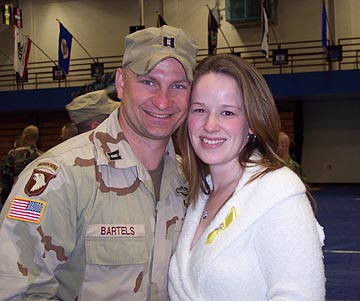 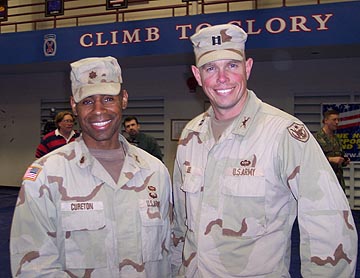 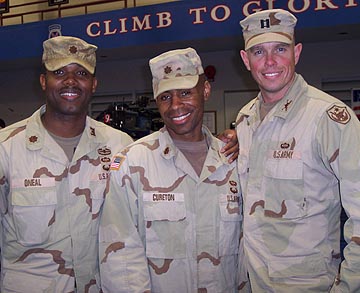 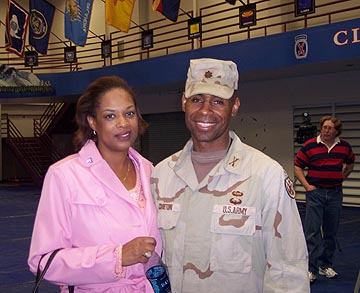 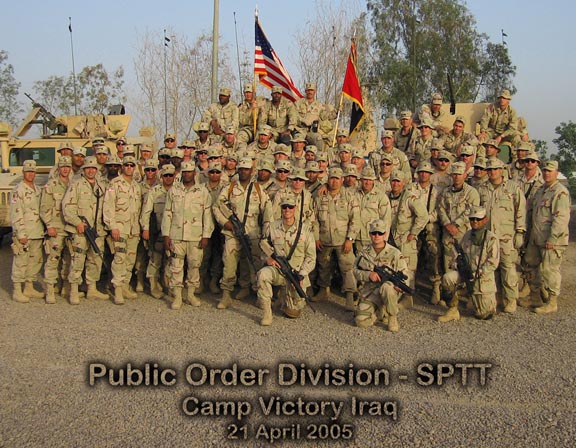